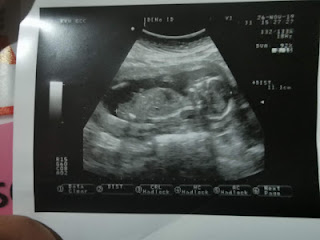 
Officially No more "Lembu"
Monday, June 16, 2008
It's official. Today marks the end of my driving lessons. No more making trips to the driving school. NO MORE NO MORE!!

Let's walk down to memory lane before the victory.

1)Lessons were no fun business especially when you had no idea of who are your instructors. I'm a cheapskate who refuse to spend $10 more on a fixed instructor. Lesson are already burning a hole in my pocket. Recalled being taunted by an instructor until tears were shed.

2)Red bold "Failed" flashing right before your two eyeballs for every advanced theory test taken. It's so heartbreaking knowing that you had to take it again and again. Passed the third time, of course after a really good studying.

3)Was trying to put off the driving test's date. I almost gave up as I thought that I do not have the guts to face it. But with hubby's & mummy's pressing & of course the $$$ I have invested, I eventually booked a date which I hope will never come.

4)Revision lessons. I just can't seem to improve on my weak areas. Still having jittery feeling. 3 lessons a week was really draining my energy.

5)The actual test date. This is the best part. Some things happened before the test date. My Hp got stolen by some cheapskate guy within that week. I had some allergy reaction on the night before the test. My eyes were all puffy. On the actual day itself, my eyes were still puffy although the swelling had subside a bit. I thought it was a sign that I will never make it.

IN THE END ALL THAT I WENT THROUGH WAS WELL PAID OFF & WORTHWHILE OF COURSE WITH THE SUPPORT OF FAMILY & FRIENDS. THEY GAVE ME THE CONFIDENCE & STRENGTH WHICH I THOUGHT I LACKED OF....KUDOS


A Short getaway
Tuesday, March 18, 2008
Just came back from Tioman. I need that short break to get away from my busy & hectic work life afterall.

The bus ride was bumpy all the way. Mum got sick on the way due to the S-course road. But overall trip was fun though there was not much entertainment during the night. What do you expect in a small island with forest behind you. But the place was breath taking and serene. You hardly see clouds over the hill of forestation. It was cool.

We did a lot of snorkelling by the beach as well as open deep water. There were corals & marine life underneath it. Sis had that jittery bugs initially to jump into the waters to snorkel and she refused to let go of my hubby's life jacket although she is wearing one herself but got the hang of it. It was hilarious coz she thought she will not float even with the life jacket.

Weather was cool, not too hot so thank god to my skin. We were thinking of Redang but hmmm...let's just see....12 hours ride?? gulp....3 hours of ride is a torture let alone 12 hours....I will let the picture do the talking for now. Ciao


Belly belly strawberry
Monday, February 04, 2008
My fingers felt numb as I cut away the red colour felt. My back is screaming for help. My eyes feel like popping out. What am I doing? I'm preparing 800pcs of strawberries the soonest possible. Not the edible kind of course. Hundred by Hundreds have gone and I'm still left with half more to go. Blimey!!

Cutting is no easy task I'll say. And that's just not it. Stitching is next in the list.


Nehhhhhhhhhh
Monday, January 28, 2008
We were at Pasir ris on Sunday to spend time with the horses. I lurveeeeeee horses. I'm born in the year of the horse, that explains all. We just connected...hehehe..

I admit that I was quite intimidated but they are so just so beautiful. How lovely it would be if I'm able to ride the horses but I think I'll spare them fom any backache with me on top of them...hehehe 
Enuff is Enuff
Tuesday, January 08, 2008
We were at Ikea Tampines the other day, buying containers to put all my artsy& crafty things. Then hubby spotted shelvings which is perfect for our storeroom. We have avoided this rak-raks issue for quite a while now due to insufficient moolah or some other factors.

Anyways, we manage to salvage some moolahs and paid for it. Hubby was unhappy that the delivery dates given was so unreasonable. The earliest they could deliver is on the 15/1 and when requested for delivery on 19/1, they replied that they could only hold the good until 18/1 or else they will imposed charges for storage. Does that mean that they can hold the goods for 3 days?? Well, it doesn't really affect me cause I'm not the one paying...heheheh


Thursday, January 03, 2008
In case you are wondering what is this all about...one is behind the scene (actually behind a shower cubicle) to create the bubbly background while the other poses maut trying to catch the bubbles.

What's with the behind the shower cubicle? Long story. We got caught in the rain ad seek shelter at the nearest toilet with shower area. get the picture? 
The Capture of my life